Real Steel HD play.google.com.RealSteel
The ONLY official “Real Steel” game on Android. Now on the Playphone Social Gaming Network!
Real Steel is an underworld fighting game set in the near-future, where 2,000 pound robots fight in a no-holds barred battles to the death.

A Smash Hit with over 6 Million Downloads across all platforms.
Based on the Dreamworks movie, starring Hugh Jackman, Real Steel is an underworld fighting game set in the near-future, where 2,000 pound robots fight in a no-holds barred battles to the death.

Get the latest update with awesome New Features & Robots!

Test your skills in the real sport of steel! Get in the fight now!

You can also experience the fights with the other Robots in the movie such as – Atom ‘The People’s Champion’; Zeus ‘King of the Robots’; Twin Cities ‘Two Headed Tower of Power; Ambush ‘The Comic Book Crusher’, Noisy Boy ‘The Manga Mangler’; Midas ‘The Gold-Blooded Killer’; Metro ‘Frankenstein’s Monster of the Ring’; Gridlock ‘The Bronzed Body Builder Bot’; Axelrod ‘Wheel Spinning Fist Fighter’; Blacktop ‘The Bot Out of Hell’; Six Shooter ‘The Sheriff of RoboTown’; BlacJac ‘ The Casino Bot with an Amazing Hand’; Blue Bot ‘The Electric Blue Brawler’; Aqua Bot ‘The Diver Bot from the Deep’.

For optimal performance, we recommend closing other applications and re-booting your device after downloading and starting your first boxing bout. 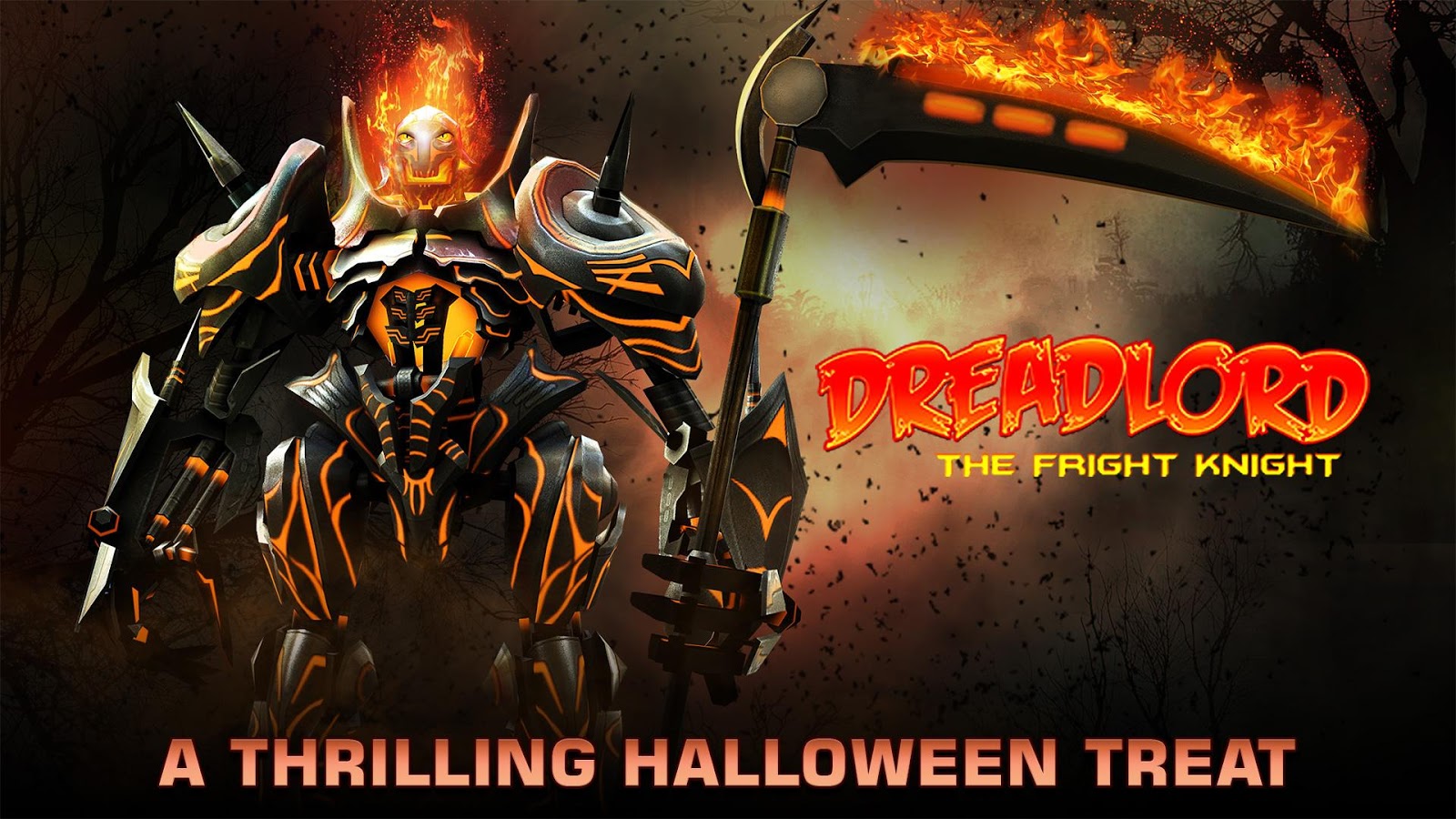 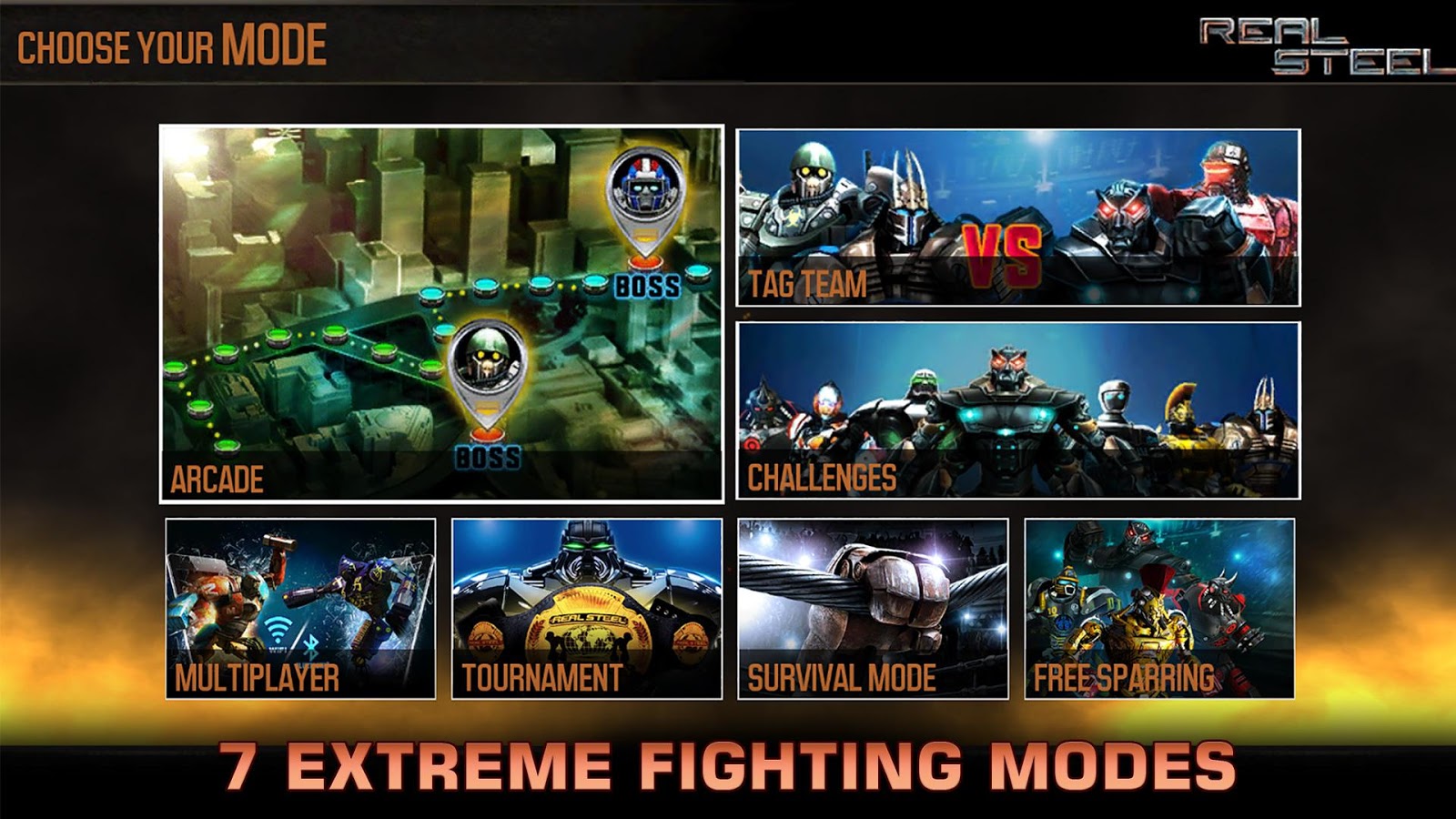 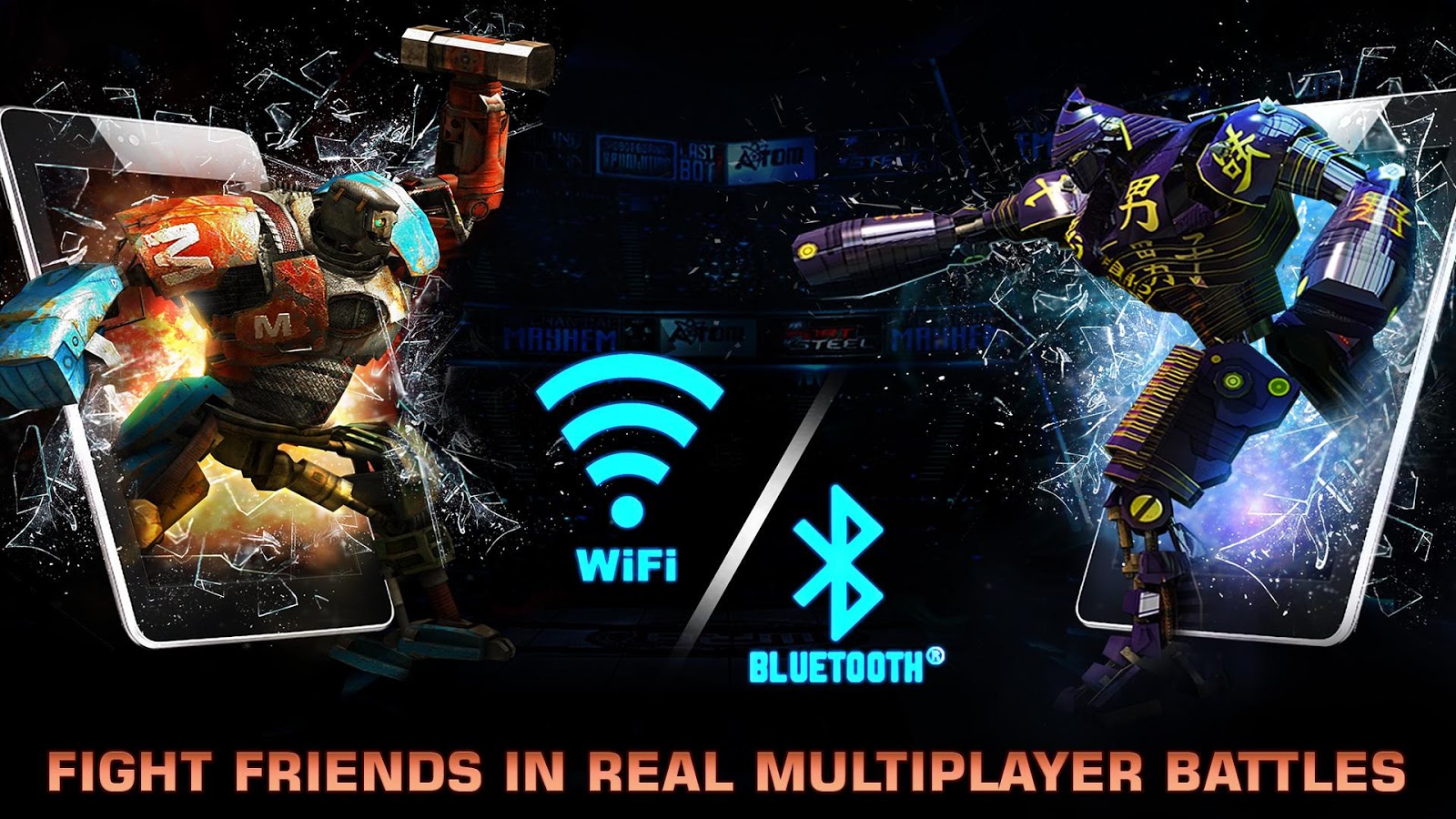 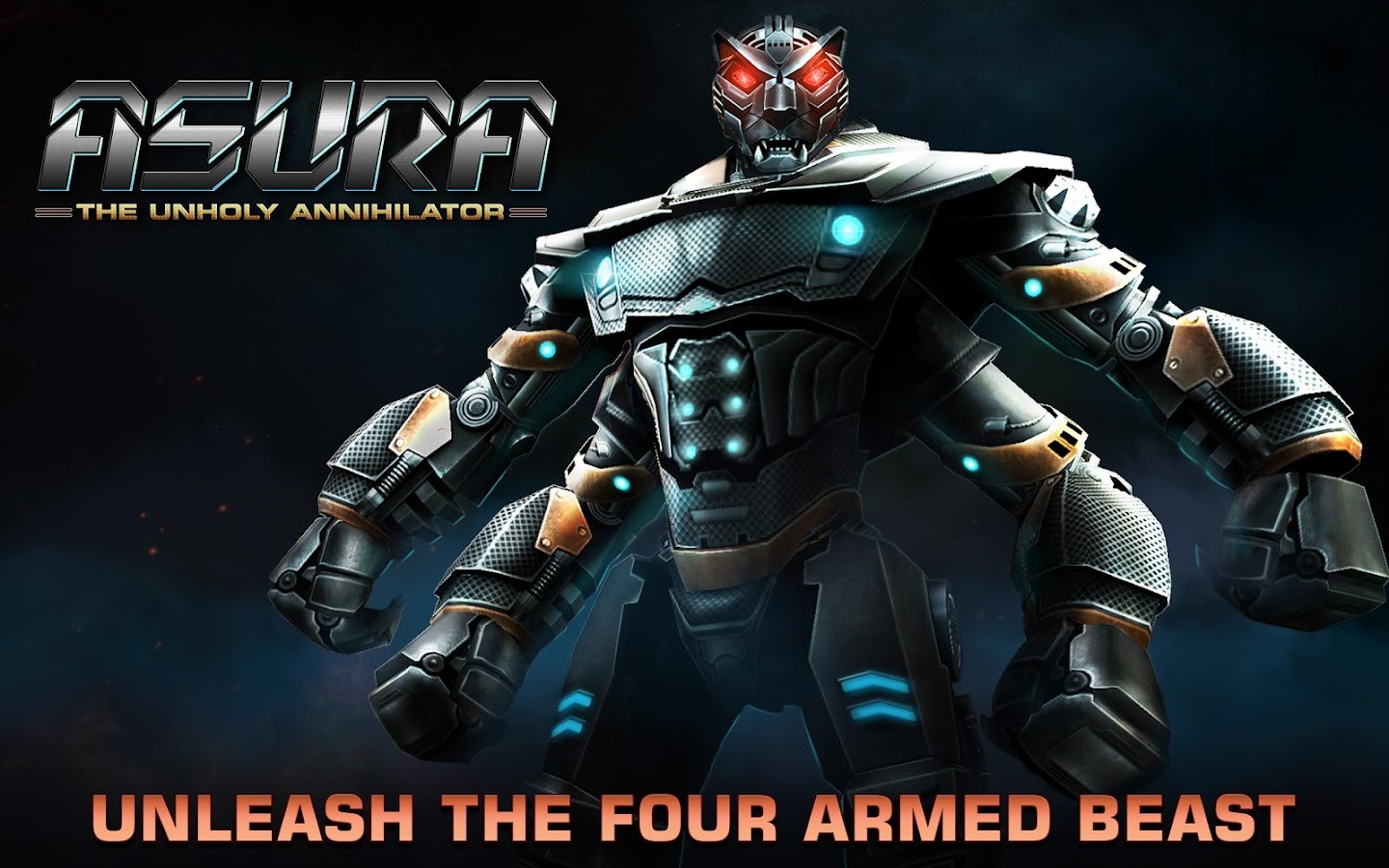 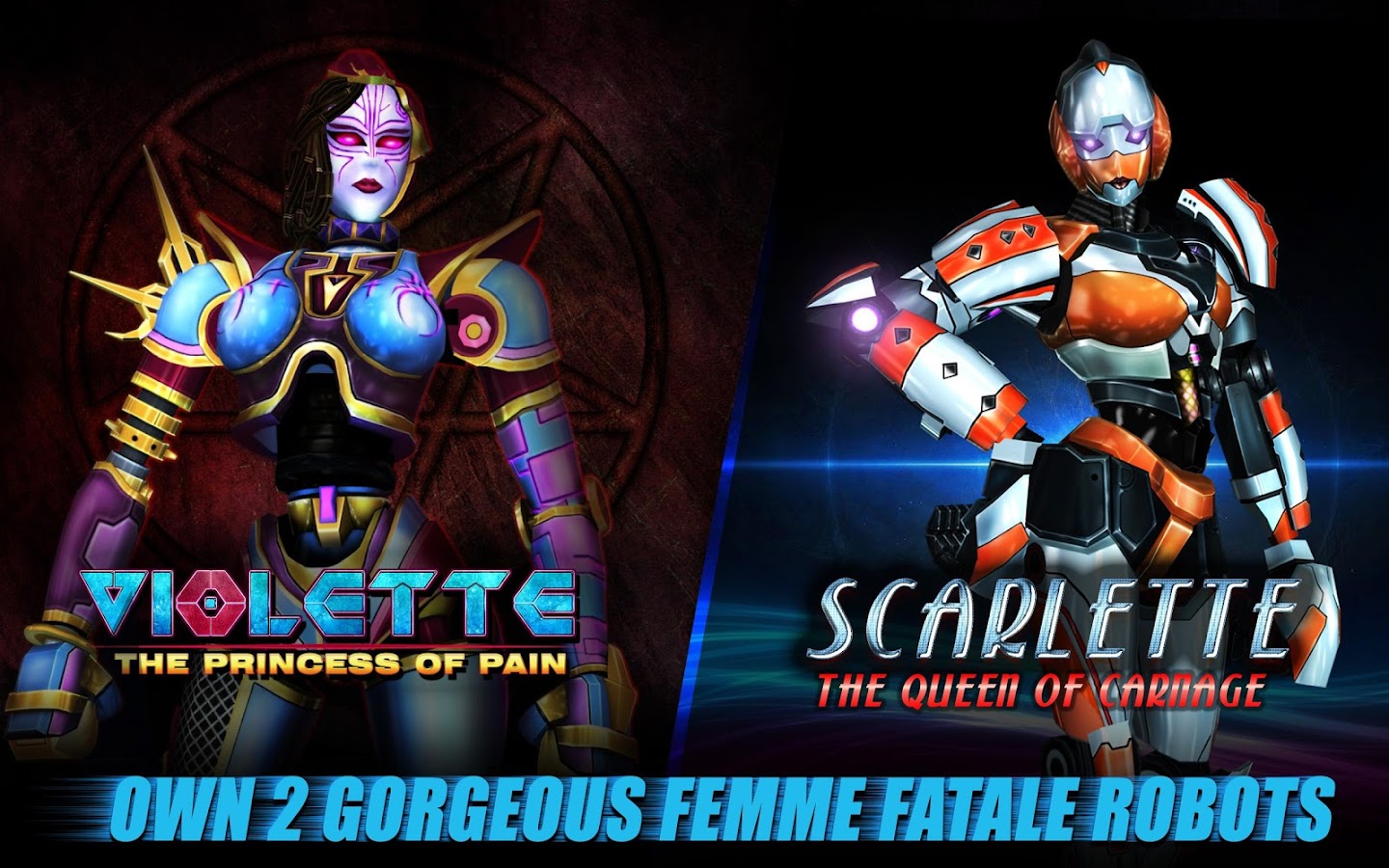 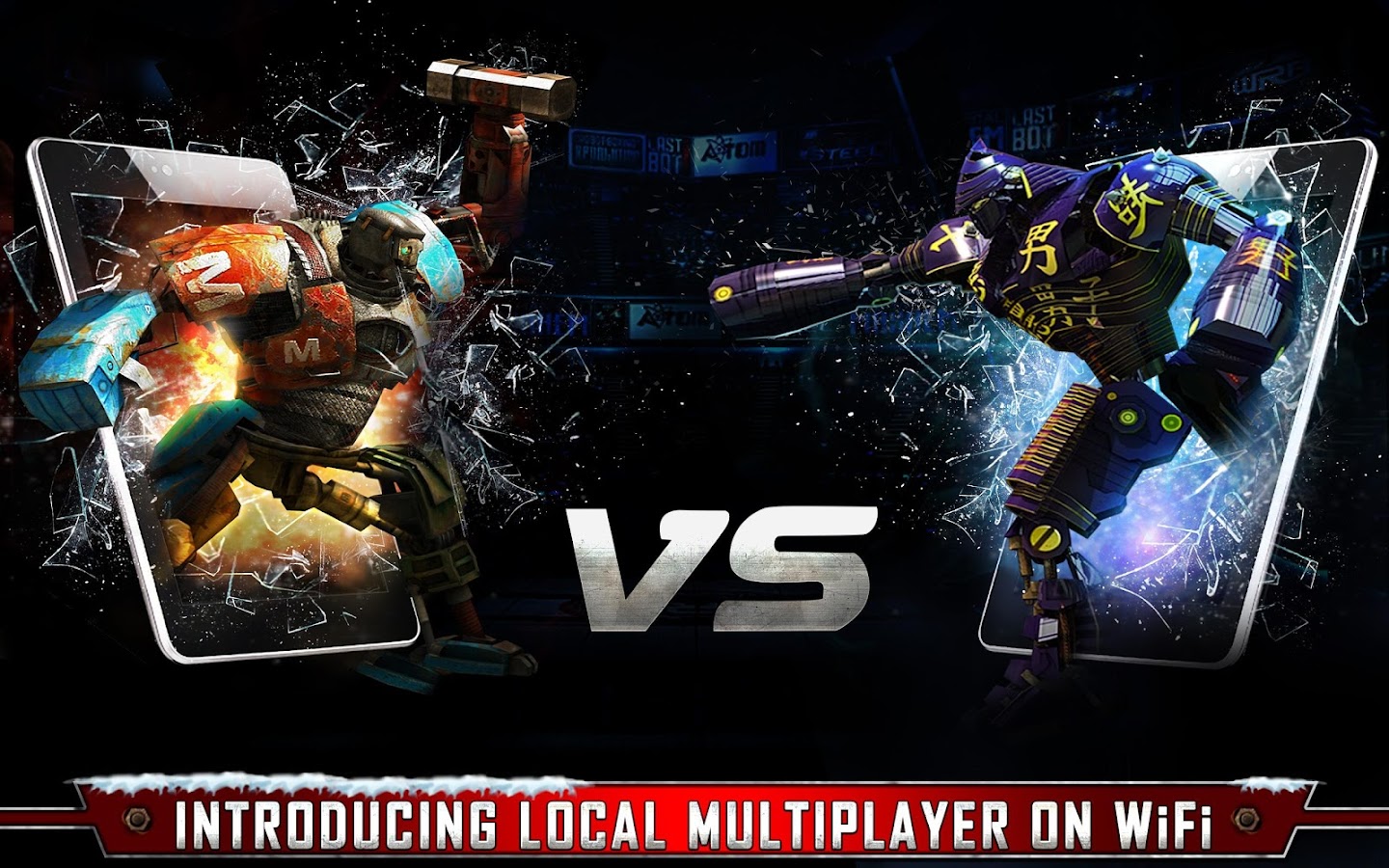 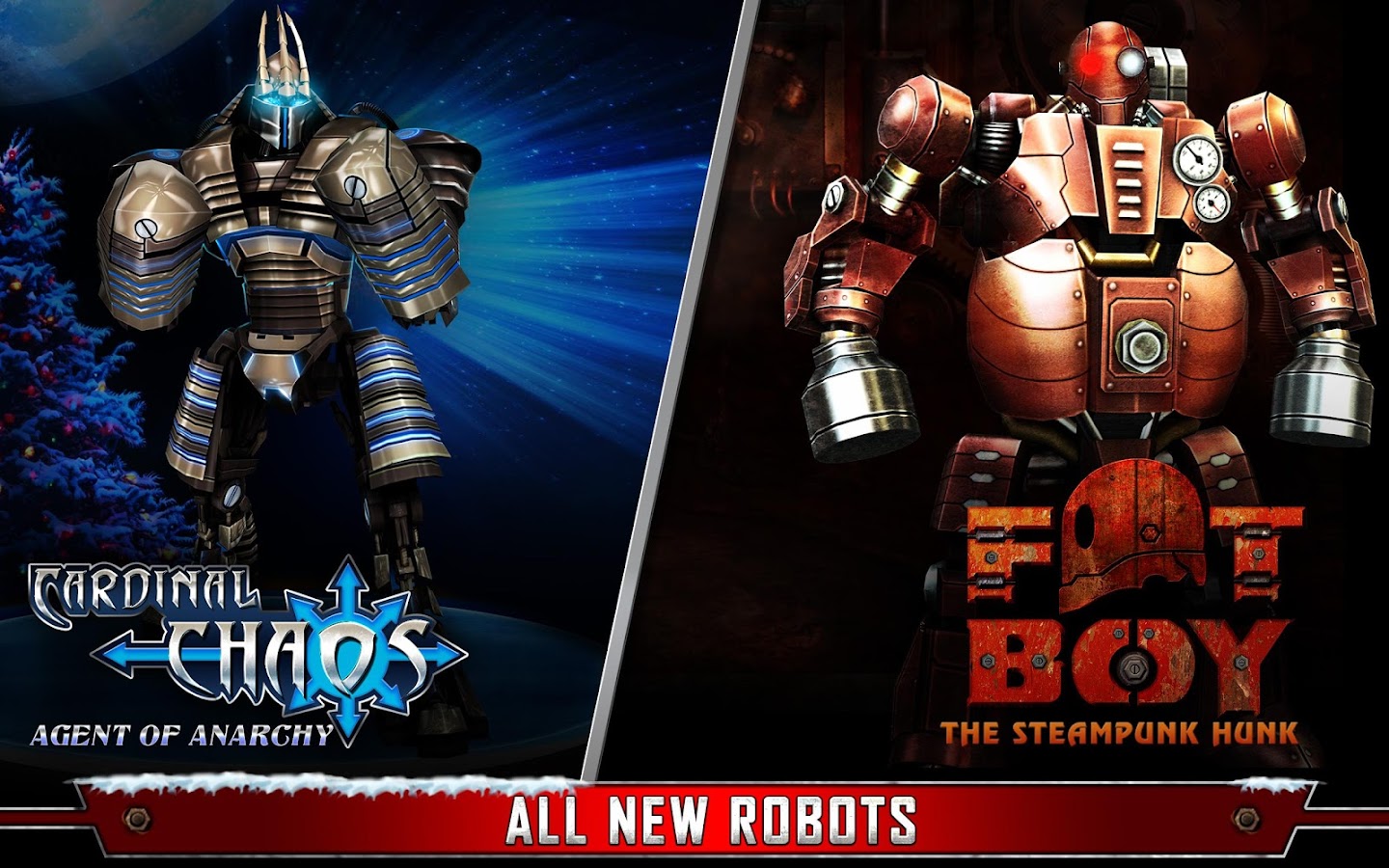 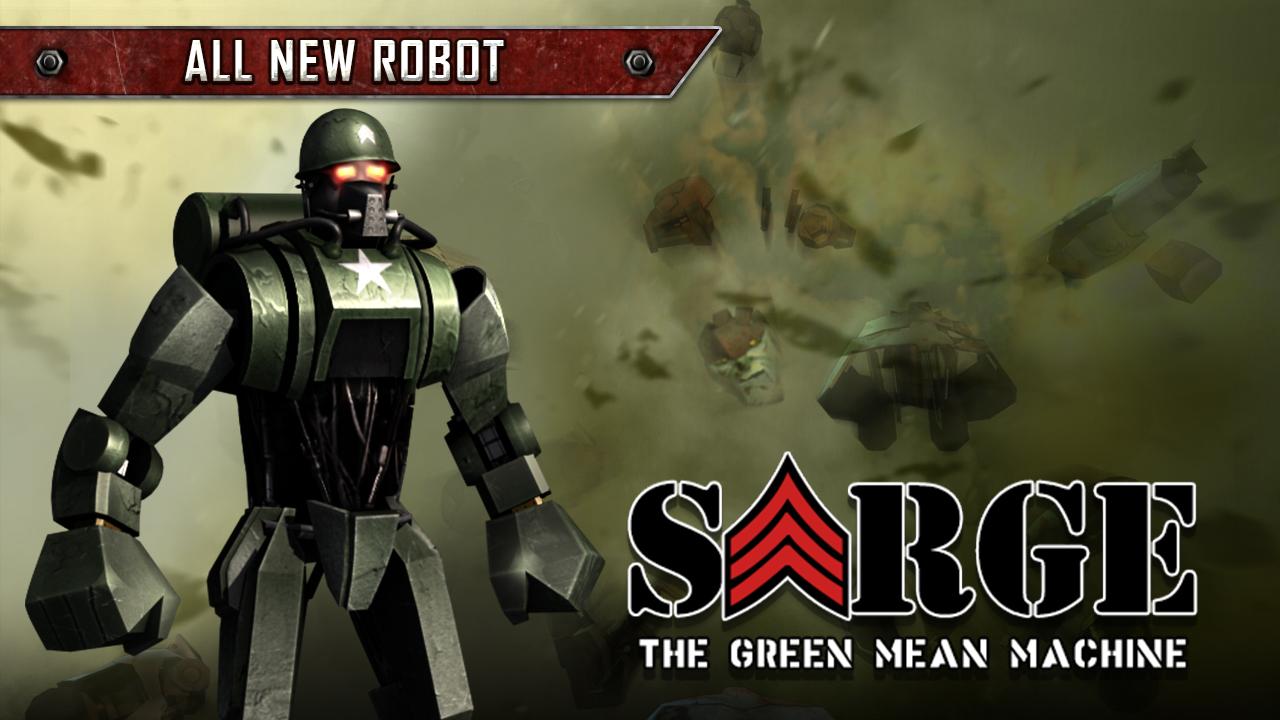 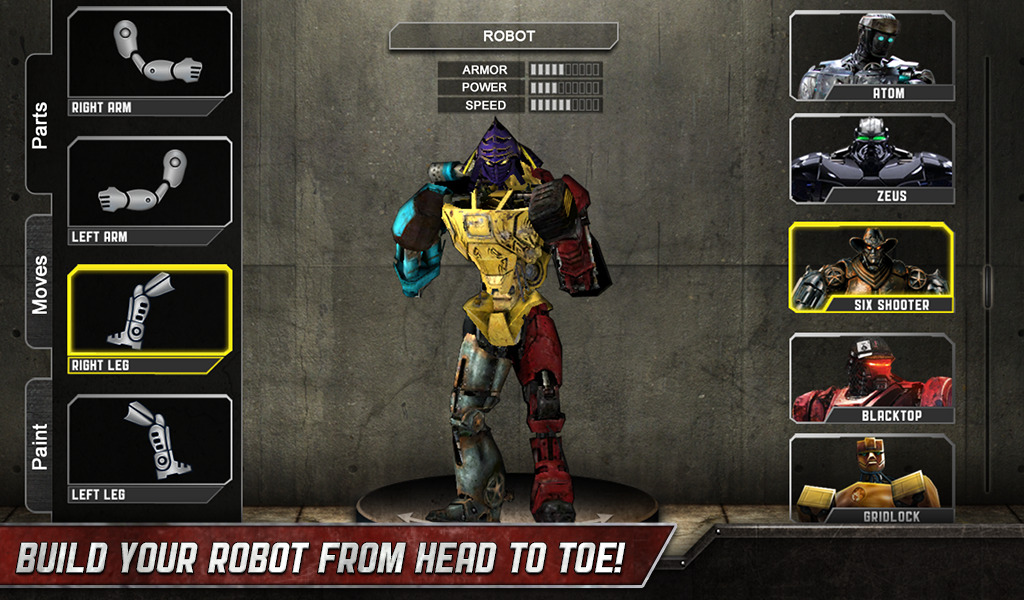 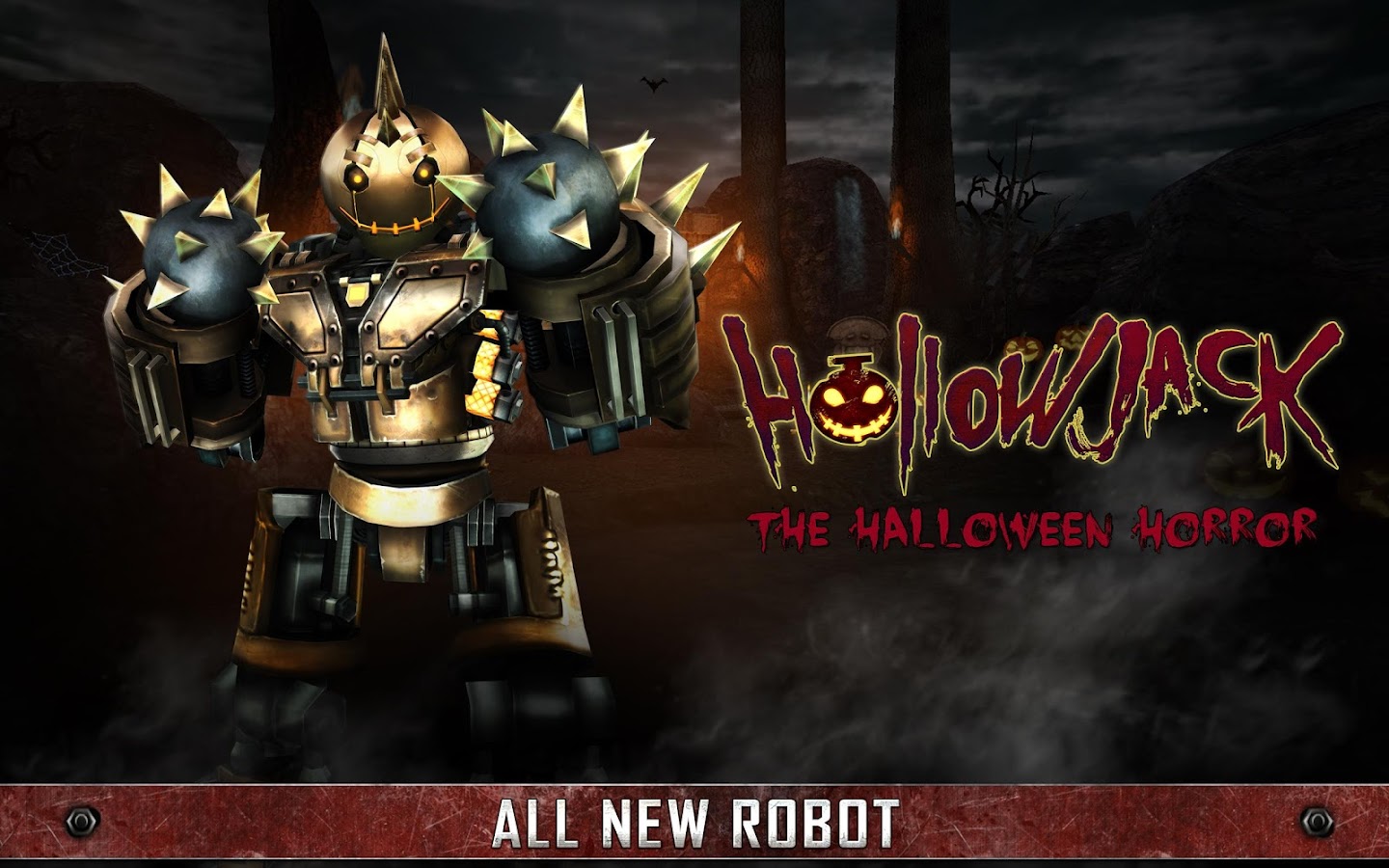 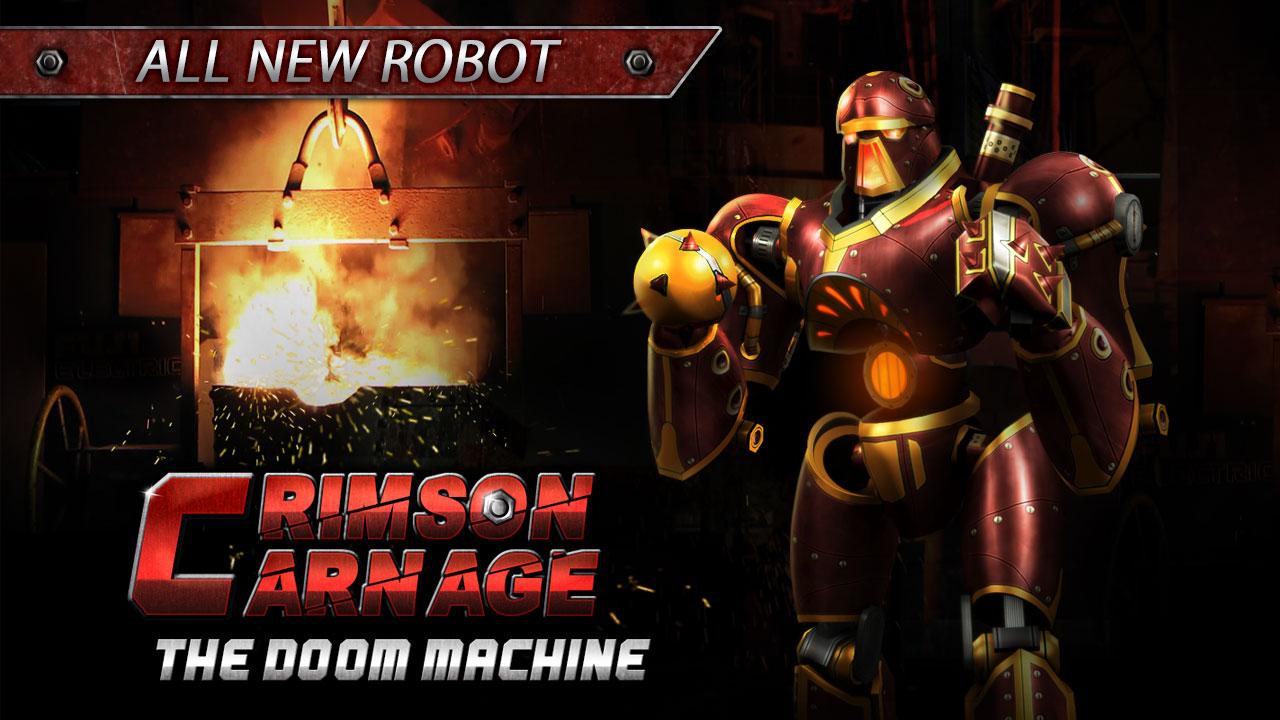 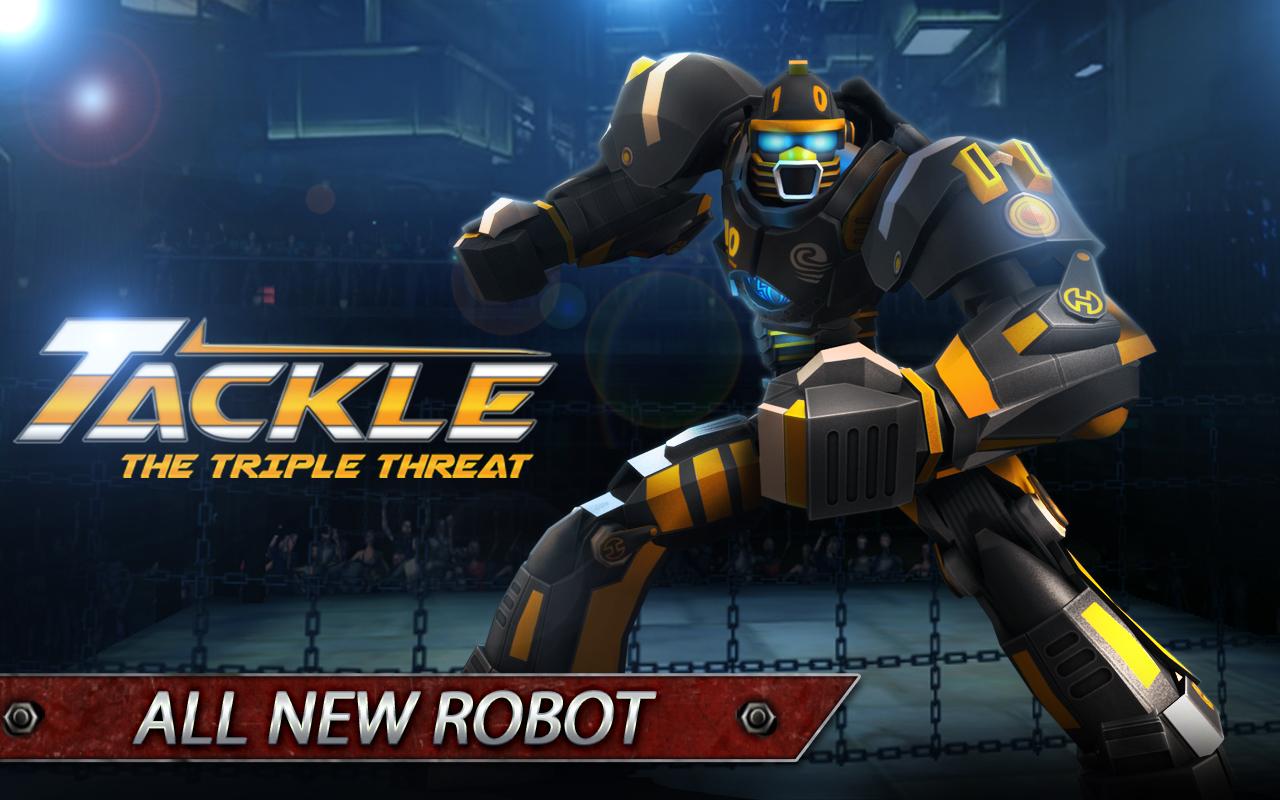 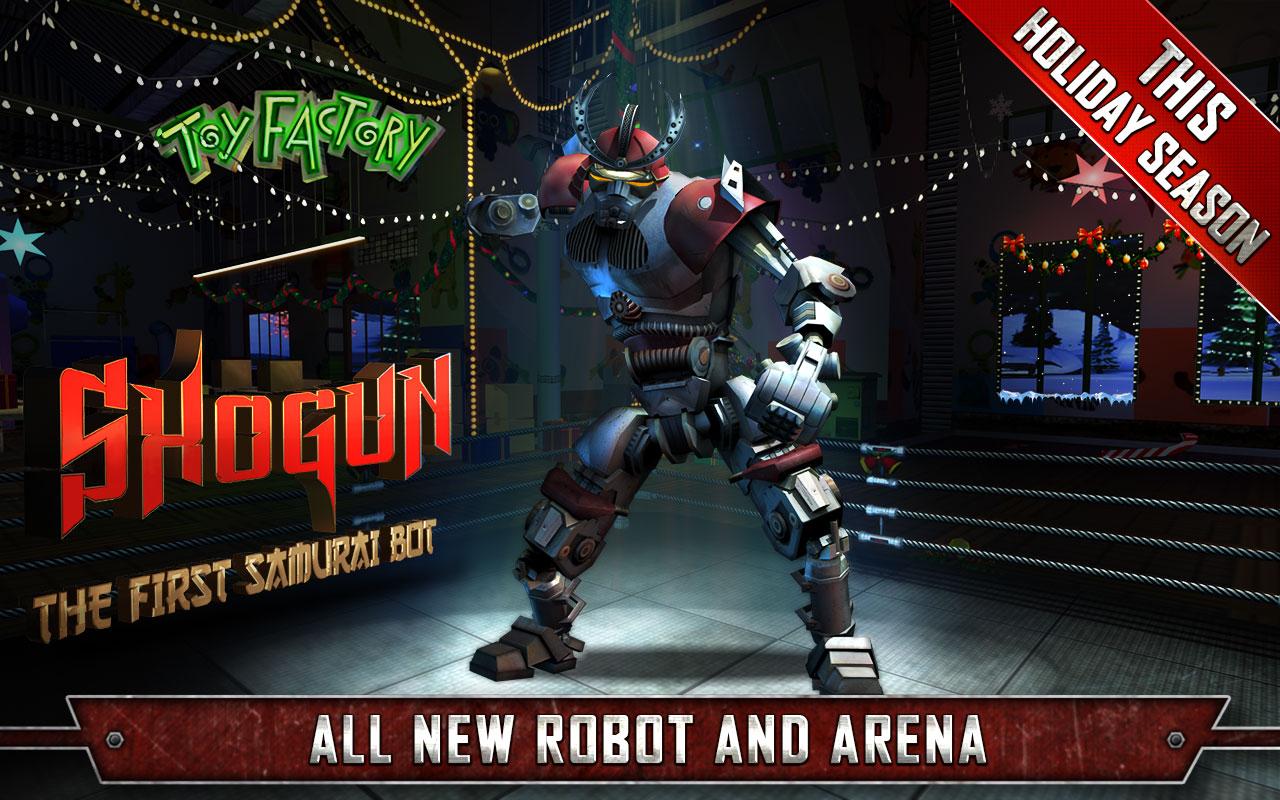 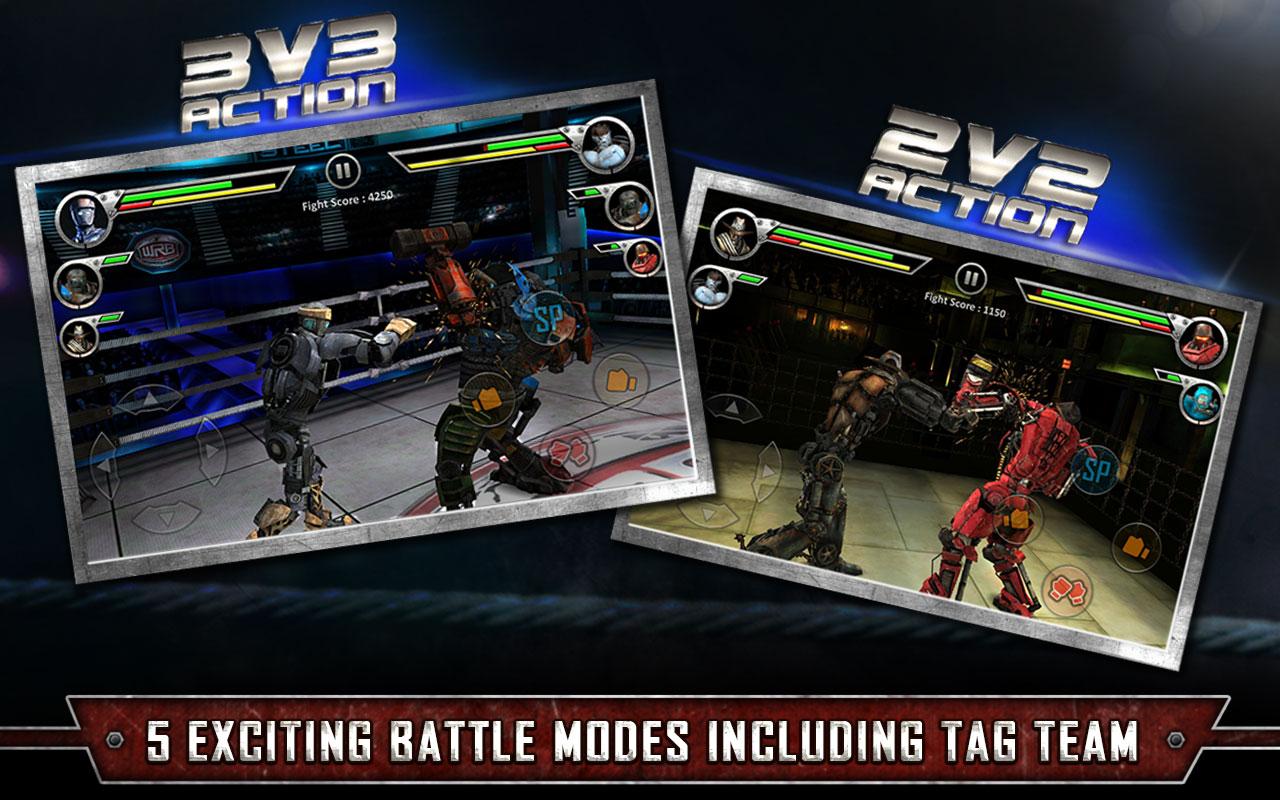 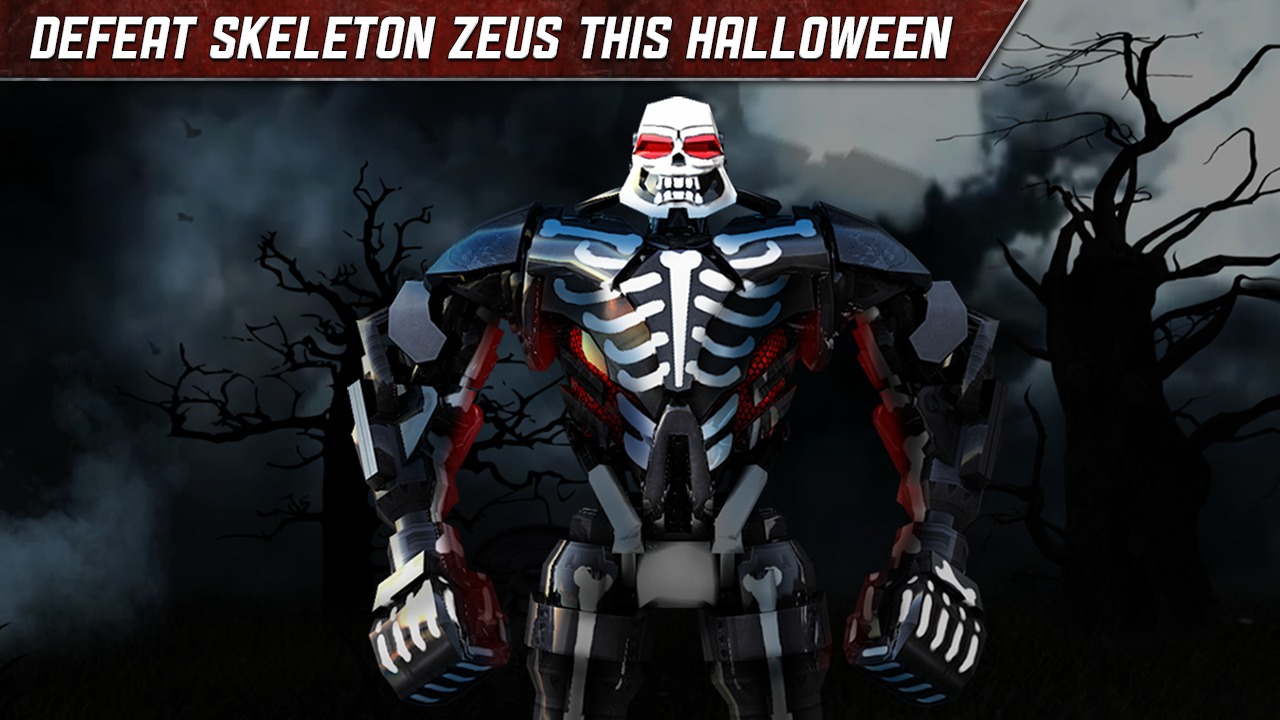 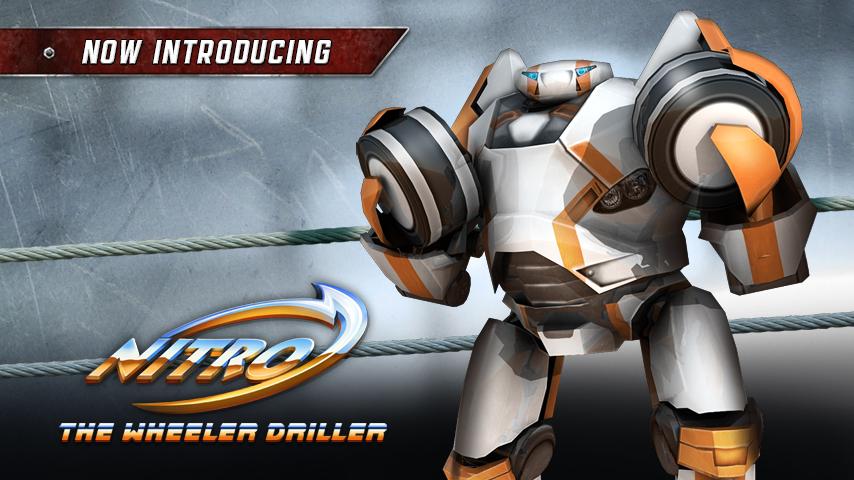 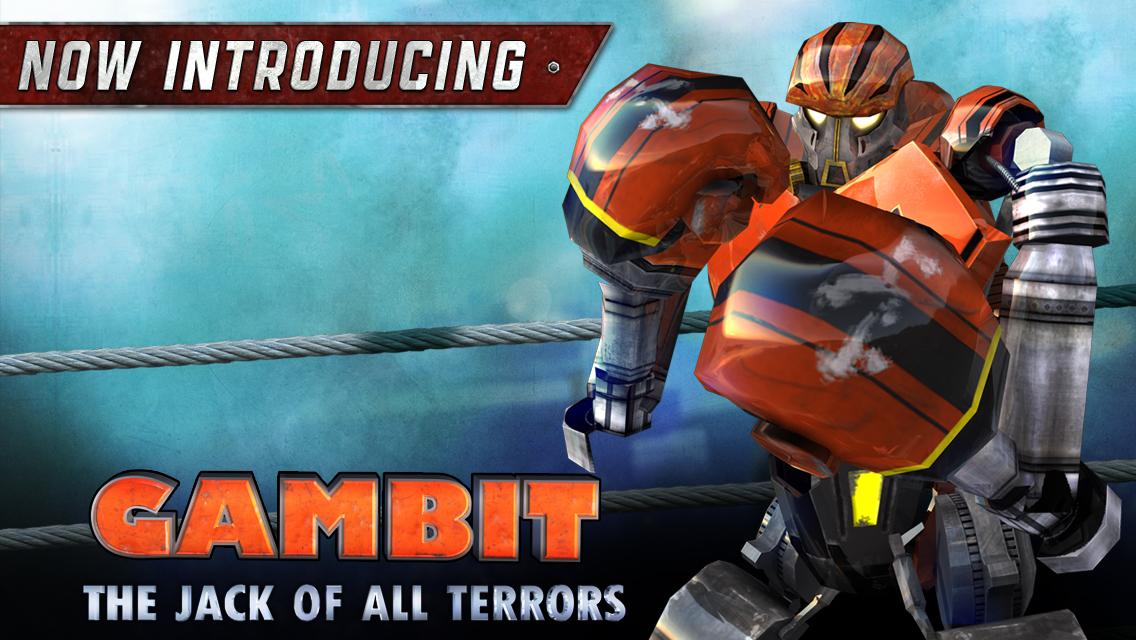 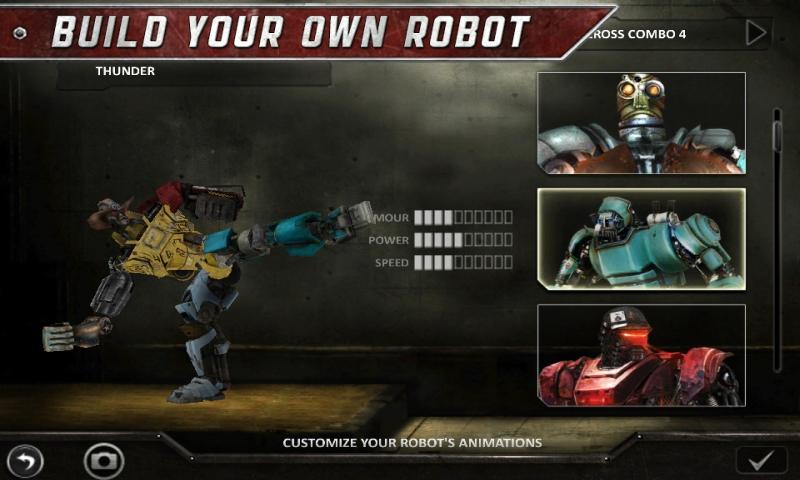 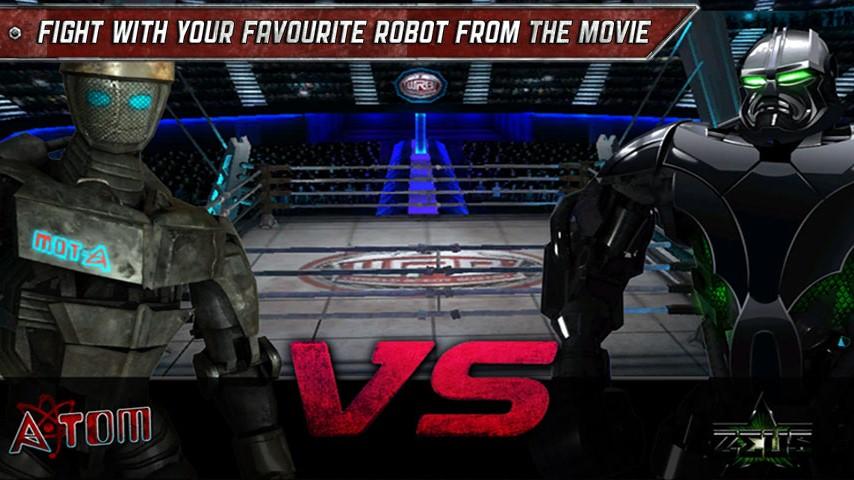 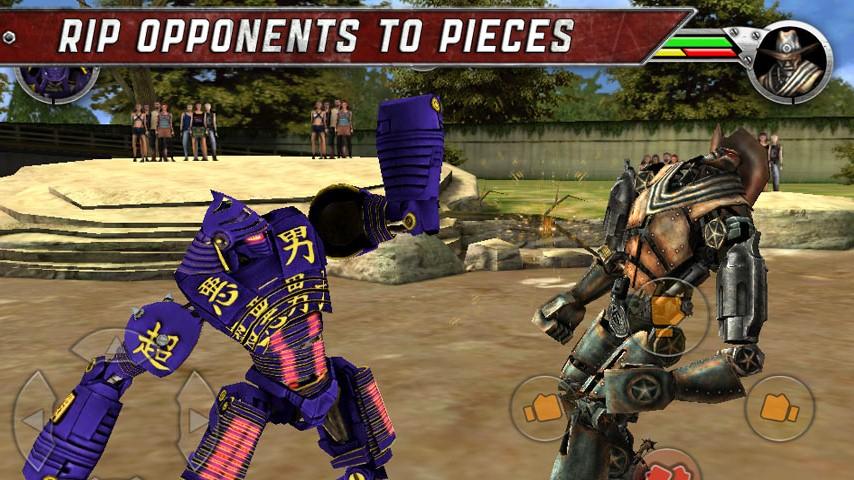 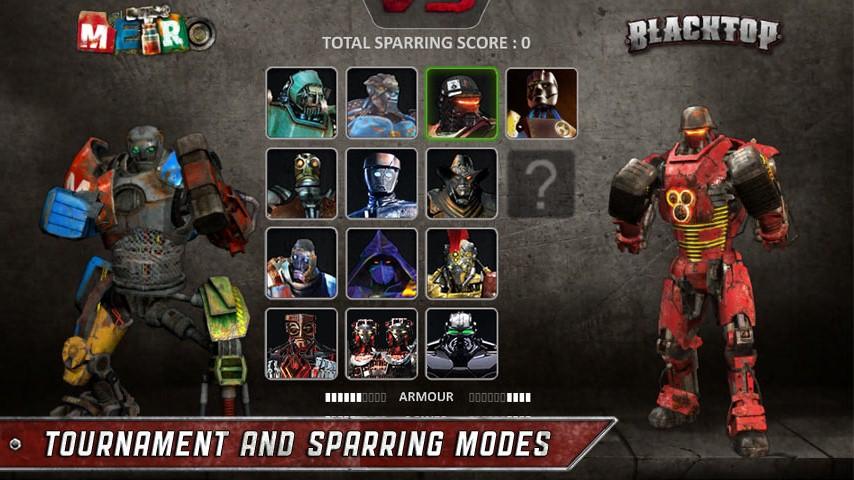